Vault 7 bombshell just vindicated every conspiracy theorist: The CIA can spy on anyone through TVs, iPhones, smart phones and Windows PCs 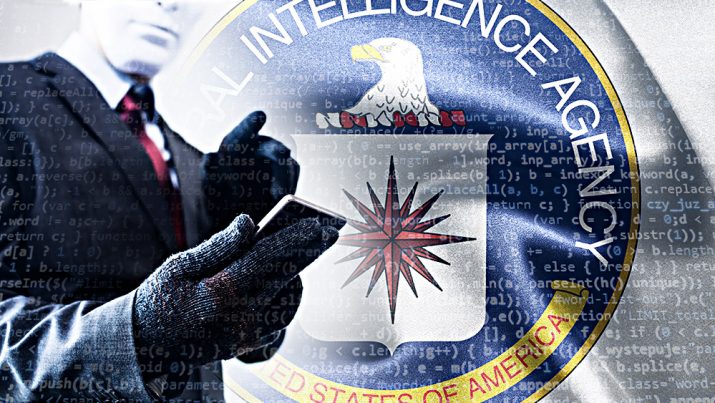 Another deep state bombshell just hit the ‘net with WikiLeaks’ release of over 8,000 pages of once-secret documents from inside the CIA. The release is dubbed “Vault 7.”

While it’s going to take internet sleuths several days to pour through all the documents and find full details of what they reveal, some of the highlights include these bombshells:

Via the WikiLeaks press release:

Recently, the CIA lost control of the majority of its hacking arsenal including malware, viruses, trojans, weaponized “zero day” exploits, malware remote control systems and associated documentation. This extraordinary collection, which amounts to more than several hundred million lines of code, gives its possessor the entire hacking capacity of the CIA. The archive appears to have been circulated among former U.S. government hackers and contractors in an unauthorized manner, one of whom has provided WikiLeaks with portions of the archive.

“Year Zero” introduces the scope and direction of the CIA’s global covert hacking program, its malware arsenal and dozens of “zero day” weaponized exploits against a wide range of U.S. and European company products, include Apple’s iPhone, Google’s Android and Microsoft’s Windows and even Samsung TVs, which are turned into covert microphones.

Smart phones, smart TVs and iPhones can all be turned into surveillance microphones

In essence, the CIA developed malware exploits that could defeat almost any mobile devices (iPhones, Android, Blackberry, etc.) or personal computer (Apple, Windows and Google devices). Mobile devices can be turned into remote surveillance microphones that listen to everything you say and upload the audio to the CIA. “The CIA’s Mobile Devices Branch (MDB) developed numerous attacks to remotely hack and control popular smart phones. Infected phones can be instructed to send the CIA the user’s geolocation, audio and text communications as well as covertly activate the phone’s camera and microphone,” explains WikiLeaks.

Samsung smart TVs can also be transformed into spy microphones, even when they appear to be turned off. This is accomplished by a CIA exploit known as “Weeping Angel.” As WikiLeaks explains:

Weeping Angel places the target TV in a ‘Fake-Off’ mode, so that the owner falsely believes the TV is off when it is on. In ‘Fake-Off’ mode the TV operates as a bug, recording conversations in the room and sending them over the Internet to a covert CIA server.

In essence, the Vault 7 document dump just proved every “conspiracy theorist” to be correct about government spying through TVs and other devices.

In addition to hacking computers and mobile devices, the CIA was also working on ways to remotely control targeted vehicles, turning them into “assassination machines” which could be directed to kill the occupants by driving into obstacles at high speed, for example. As WikiLeaks explains:

As of October 2014 the CIA was also looking at infecting the vehicle control systems used by modern cars and trucks. The purpose of such control is not specified, but it would permit the CIA to engage in nearly undetectable assassinations.

In what will surely be a shock to nearly everyone, the CIA also developed 24 “weaponized” exploits for Android devices that allow it to completely bypass the encryption of popular apps:

These techniques permit the CIA to bypass the encryption of WhatsApp, Signal, Telegram, Wiebo, Confide and Cloackman by hacking the “smart” phones that they run on and collecting audio and message traffic before encryption is applied.

In addition, the Vault 7 documents contained over 22,000 routable IP addresses in the United States that were redacted before final release. These IP addresses are believed to correspond to CIA targets, CIA listening post servers and test systems. This means there’s no question whatsoever that the CIA was deploying this technology inside the United States to spy on Americans.

Listen to my overview analysis of what all this means in my Health Ranger Report podcast or listen below: