Micro aerial vehicles now able to find their way back more quickly, much like a flying insect 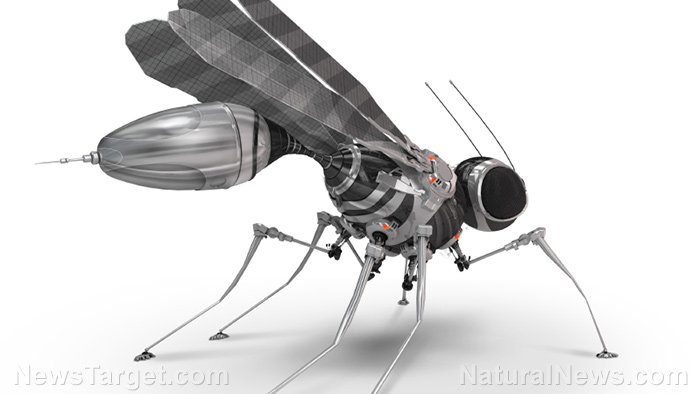 These days, insects are creating a buzz in drone development. In a recent study, researchers from the Delft University of Technology in the Netherlands have proposed a navigation algorithm that allows micro aerial vehicles (MAVs) to go back to locations they have previously visited – much like an actual flying insect.

The insect and the drone

It’s easy to see the resemblance between an MAV and a flying insect. For one, they’re both small. The Black Hornet, a tiny surveillance helicopter used by British Forces in Afghanistan, weighs no more than 15g and is only four inches (10 cm) in length. In comparison, the Hercules beetle, one of the largest insects in the world, is bigger than the MAV, with some growing up to seven inches (17 cm).

However, aside from their sizes, they also share the same “brain” capacity. An insect’s brain is physically small, leaving it capable of doing basic functions. In the same manner, the MAV cannot perform complex commands because of its size. As a result, both of them rely on efficient yet straightforward navigation mechanisms that do not strain their capacities. This is one hurdle in designing MAVs – algorithms that allow a MAV to map its surroundings are often power-intensive and use a lot of computing power.

In the study, researchers used an existing algorithm that makes use of cameras to return to their starting position. “A promising approach uses learned visual familiarity [with] a route to determine reference headings during homing,” they wrote in their report. “An existing biological proof-of-concept is transferred to an algorithm for [microdrones], using vision-in-the-loop experiments in indoor environments. An artificial neural network determines which control actions to take place.”

Basically, the algorithm uses its cameras to check whether its current view is “familiar” to the MAV, with the term defined in the study as the result of evaluating a view. If the camera’s view is familiar, it means that the MAV has previously traveled to that place. To help it accurately determine the direction of a location it has visited earlier, a small neural network is installed to store and recall the route until the initial location is found. The authors of the algorithm indicated that this method does away with map making – saving precious computing power for MAVs in use.

Finding its way back home

In the study, researchers put the algorithm to the test in more realistic environments, which included different image representations to determine whether changing image parameters can affect the computing process of the MAV. Two sets of view representation were added as well: one that included a stored set of images and an unsupervised neural network.

The team analyzed data based on how well the MAV was able to compare the views that it “saw” against a previously stored image in that location. This was done first in a rotation test, where the MAV performed a 360-degree turn at a fixed location, in five-degree increments. The other test was called a translation condition, where the MAV traced back its steps to a stored view in its neural network. Researchers believed that the MAV’s familiarity with its location should improve once it closes the distance to the stored image.

The findings were positive: MAVs were able to go back to an earlier visited location without using a lot of computing power. They were also noted to be accurate and quick in doing it as well.

It’s already being considered for data-gathering. “As this algorithm is computationally efficient, it could probably be applied to most MAVs to give them homing capabilities,” according to Science Daily. “You’d be able to send your MAVs out to collect data, secure in the knowledge that wherever they go, they’ll be able to come straight back to you [afterward].”

The results of the study, published in the journal Unmanned Systems, are somewhat of a two-edged sword: Proponents say it’s next-level tech for better and more secure data collection, others would say it’s another dangerous piece of equipment that could potentially be used to spy on unwitting civilians.

It’s too bad you can’t shoot it, though.

Learn more about MAVs, and how can they be used to collect data from you, by following Surveillance.news today.